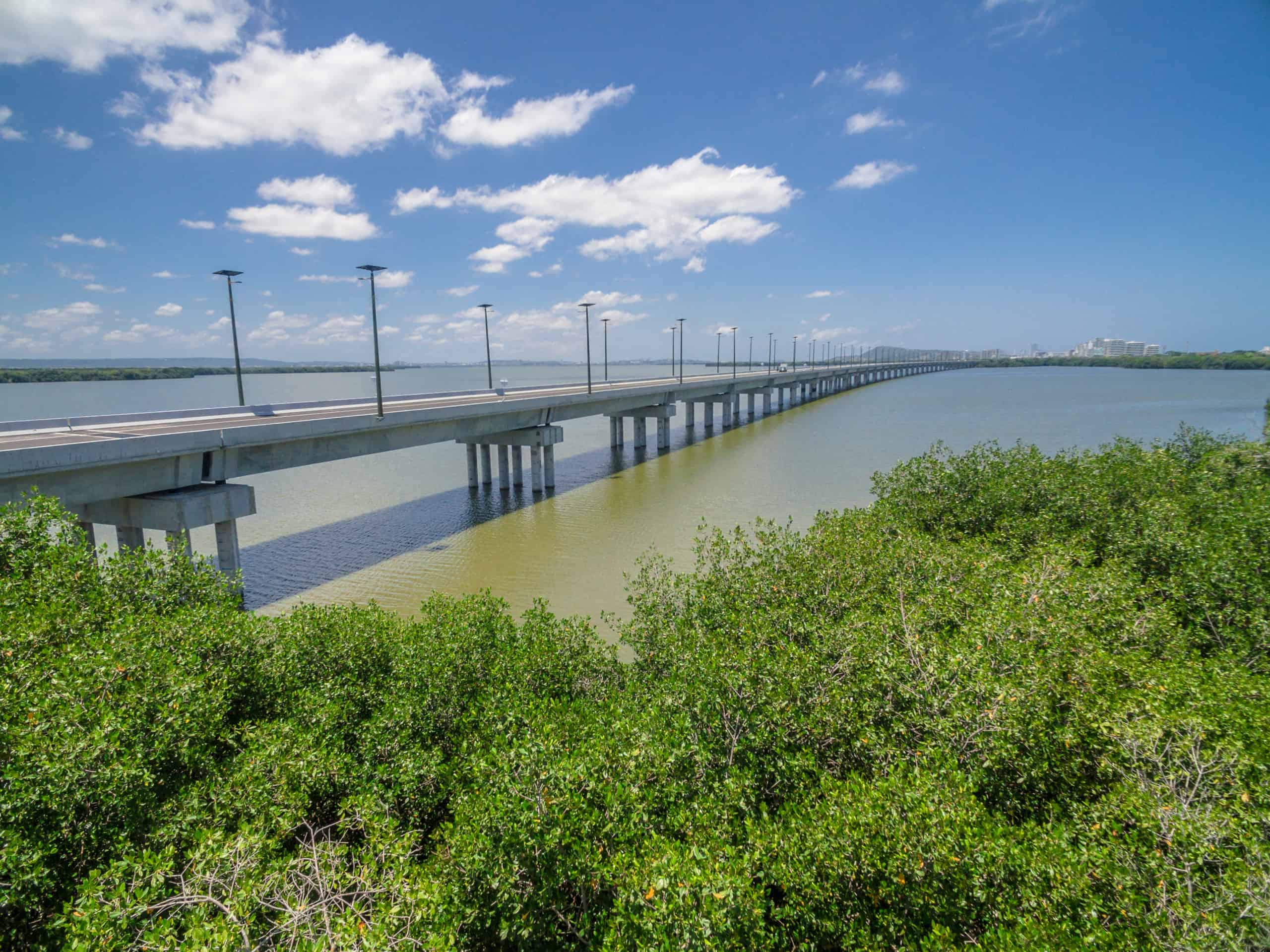 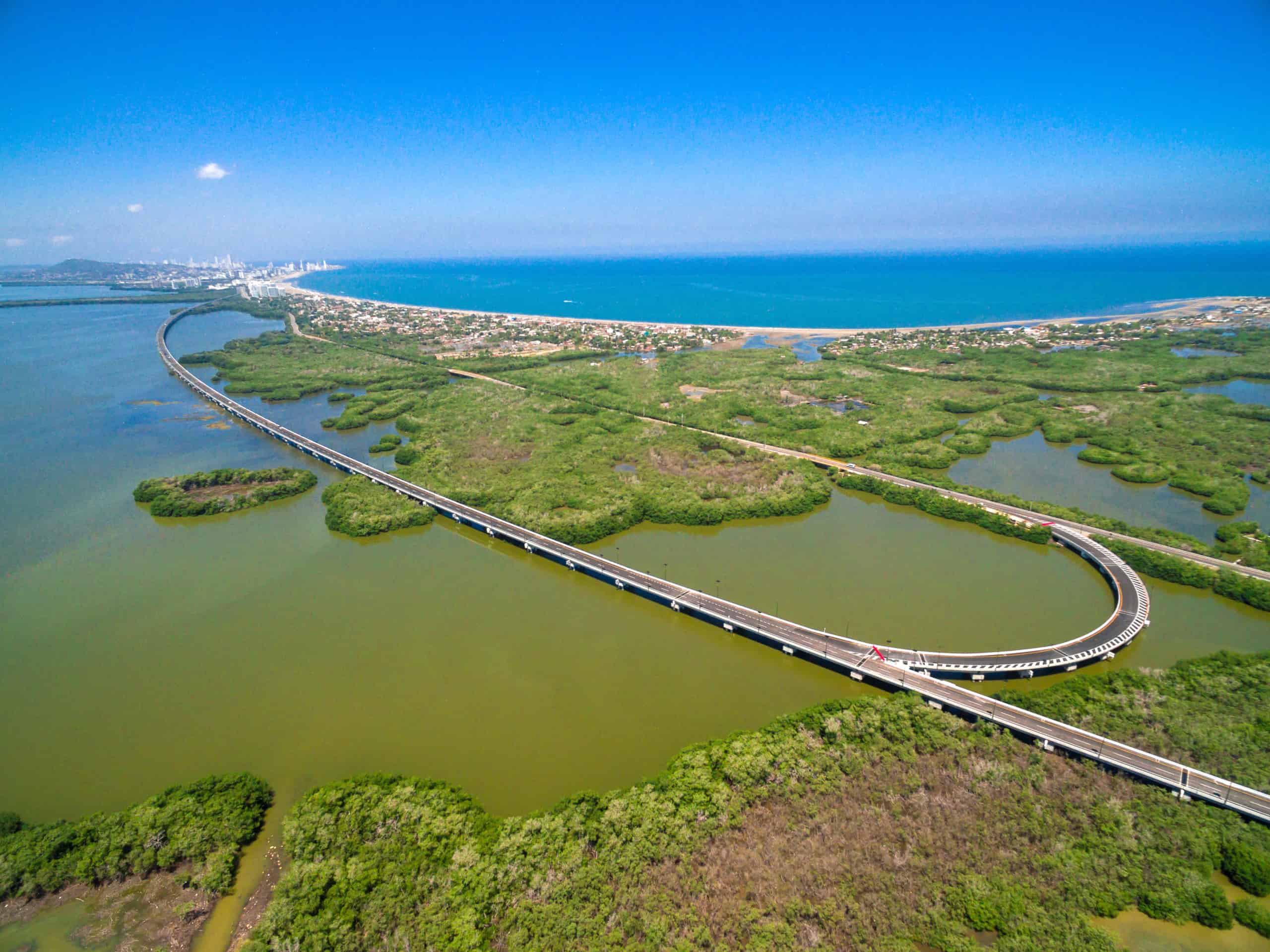 AT THE RIGHT TIME

Bathed by the warm waters of the Caribbean

, between Cartagena and Barranquilla, in eastern Colombia, stands one of the most impressive engineering works of which Meco has been a part. This project sits deep in the swamp and, due to the construction technique used, it just came at the right time.

In order to preserve its fragile environment, made up of mangroves and swamps, a novel top to bottom construction technique called Top-Down was used. Two beam launchers assemble prefabricated pieces — such as beams, piles and headers — with minimal occupation of the swamp. As a matter of fact, each beam launcher, one at each end of the viaduct, mobilized the prefabricated products and other materials necessary for driving the piles, lifting the heads and positioning the beams. In other words, the entire construction process was done from the top, reducing the intervention on the swamp floor by 98% and on the mangrove by 94%.

In addition to the Top-Down technique, other design decisions were made to protect the environment. In the asphalt layer, for example, a mixture of asphalt with recycled rubber was used in birds nesting areas to minimize the incidence of noise from vehicular traffic. In addition, 310 photovoltaic lighting poles —155 for each margin — were placed to illuminate the route. Moreover, 125 sedimentary tanks with a grease trap were installed on the viaduct as part of the runoff water treatment system; added to the six placed in the return, these tanks prevent sediment and fat from going into the swamp.

The viaduct over La Virgen Swamp — the largest in Colombia and the third largest in Latin American — is part of the Cartagena Barranquilla and Circunvalar de la Prosperidad project, of which Constructora Meco is a part along with MHC, Colpatria and Castro Tcherassi. It is, without a doubt, an engineering work that envisions a sustainable future.